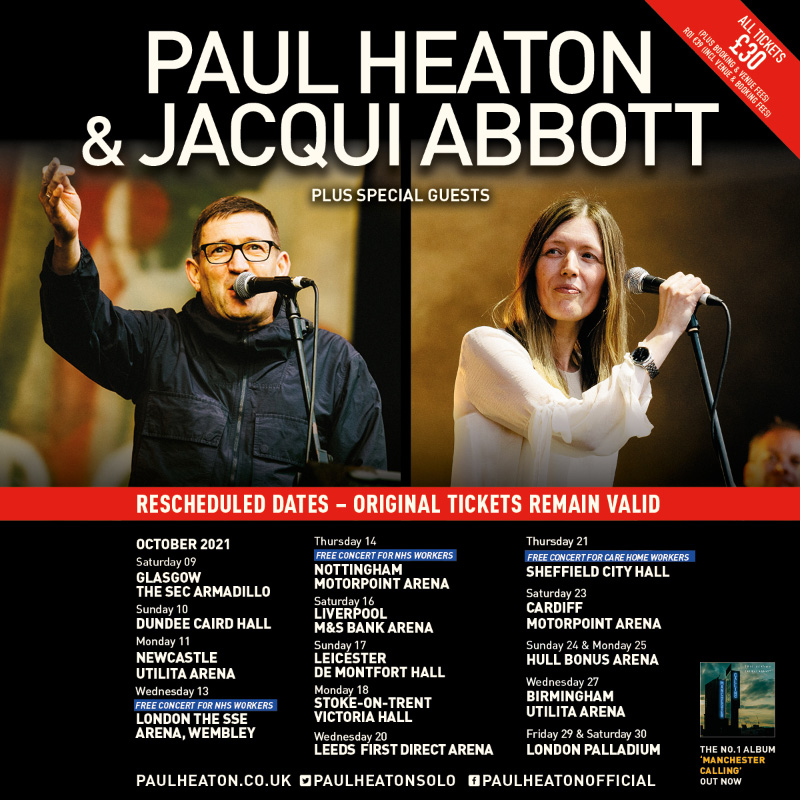 We’re very sorry and enormously frustrated to have to make this announcement, but due to the ongoing situation & social distancing rules around the UK & Ireland we have once again been forced into rescheduling our forthcoming tour dates. We’ve now moved the UK dates to October 2021 (full list below) and we’re still working on new dates for Ireland which will be announced at some point in the coming weeks. Your tickets remain valid for all the new dates. We‘re extremely sorry for any inconvenience caused by this but can’t wait to see and perform for you all. ‘Til then stay safe.